Teamwork -Two are Better than One, Three are even Better 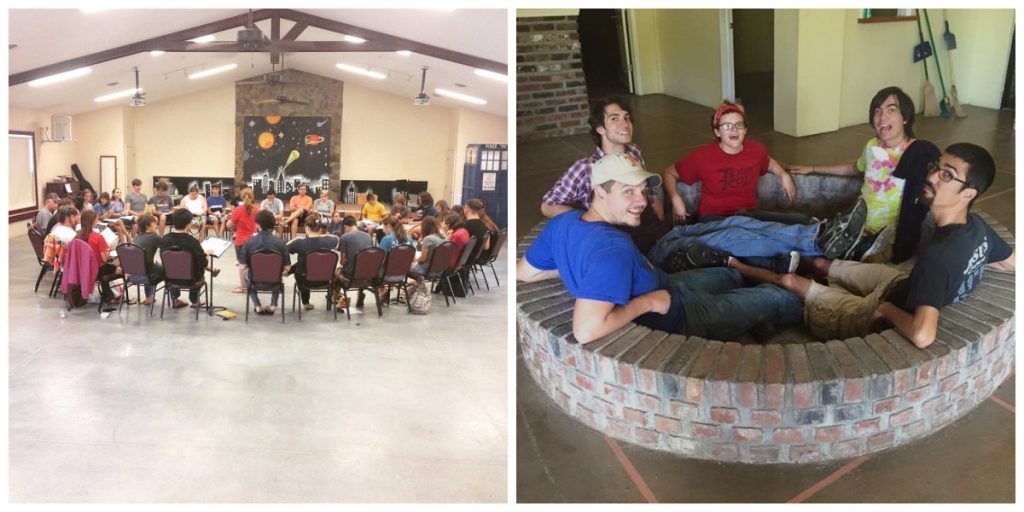 John Donne states in one of his poems,

“No man is an island,

Every man is a piece of the continent,

A part of the main.”

If there is one thing this rotation has reminded me of, it’s the importance of teamwork. Now don’t get me wrong, I have known about teamwork for a while, but God has made its importance rather evident to me recently. In the past, there have been times I have tried to do things on my own, but every time I have done this, it usually has not ended well for me.

While on my rotation at Camp Grace as a CBM National Intern, I was given the opportunity to take the lead on the Father-Son retreat that they were hosting. I had been a part of many retreat planning teams, but I never really had the chance to lead a retreat alone, so I was a little hesitant. Over the course of time, I planned and then planned some more. I kept looking over everything and making sure it was okay. I would run things by Nolan, the Camp Director. We would brainstorm a bit, and then I would double check those details again later on. I was determined to see this event do well. There finally came a day when I felt like I had all the pieces in place and all I had to to do was wait. However, that wait did not last long and the day of the retreat was here. To tell you the truth, I was nervous. However, I had no need to be because I had a great team around me.

It was not until after the event was over and everyone had said their goodbyes that God impressed upon me the importance of teamwork. It’s like the poem says, “Every man is a piece of the continent, a part of the main.” We are all part of one team, one body. It reminds me of the passage in 1 Corinthians 12:20-21 that states, “But now indeed there are many members, yet one body. And the eye cannot say to the hand, ‘I have no need for you;’ nor again the head to the feet, ‘I have no need of you.'” The verse goes on to say that every part of the body is important. If my attitudewith planning the retreat had been one of self-sufficiency, I would have failed greatly. However, this was not the case because everyone came together, did their part, and the event went smoothly.

The importance of teamwork applies to everyday life and not just special events and camp activities. We, as believers, need to make sure we are getting involved in each other’s lives. When we think we can do things on our own, we will stumble and fall. God did not create us to go at things alone. In Ecclesiastes 4:9-12, it states, “Two are better than one, because they have a good reward for their toil. For if they fall, one will lift up his fellow. But woe to him who is alone when he falls and has not another to lift him up! Again, if two lie together, they keep warm, but how can one keep warm alone? And though a man might prevail against one who is alone, two will withstand him – a threefold cord is not quickly broken.” (ESV). So never forget the importance of the people who are around you. Life would be harder without them.

No Replies to "Teamwork -Two are Better than One, Three are even Better"