Children’s Bible Ministries – And the Lord was with Joseph 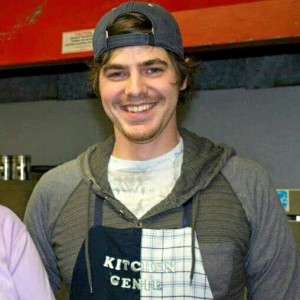 After the four months of training and equipping time spent at CBM headquarters, I was stationed at Camp Ta-pa-win-go in Watauga, TN for the first of three CBM area ministries rotations. My schedule there would allowed me to work with nearly every full-time missionary on staff:

-I worked a few days with Aaron, who is over maintenance, helping get wood for the wood stoves that most of the buildings use for heat in the winter. I also helped dig a trench for a large drain pipe.

-I worked with Kathy, the Director’s wife, while we cooked and planned for feeding volunteer/guest groups. I cooked for 6 groups while I was there.

-I had the pleasure of working with “Uncle” Paul during a program called “Skoolzout.” This program takes place on days when elementary and middle schools have teacher workdays or just a day off of school. The registered students are picked up by one of the camp busses, and have a full day of camp. The program is filled with games, a light meal, and two chapel meetings. I rode the bus with Uncle Paul in the morning to get the kids, and spent the rest of the day with them when I wasn’t preparing lunch. During my time at Ta-pa-win-go, 7 kids came to know the Lord during “Skoolzout” – what a praise!

-I also spent time with Dave, the Camp Director, working to supply the wood stove that heated his and “Uncle” Paul’s homes. One of my goals from the CBM National Director was to observe and learn from his style of leadership.

-I aided in the office with two Bible lesson mailings. Suffice it to say there are many lessons to keep organized and ensure are sent to the correct student. Seeing the extremely organized process was exciting to me and I had a blast with Liane mailing the lessons out.

-In February, I went to many Released Time classes with Angela and Moriah, who are interns through Ta-pa-win-go’s intern program. During Released Time, students (with parental consent) are “released” from school (during an elective class) to a church right across the street or down the block, and taught a Bible story. The kids attend these classes only once per month, and because of that, the same lesson is taught for a solid month. Countless times I heard the story of Joseph. Countless times I heard “And the LORD was with Joseph,” and not once did my ears get numb to those encouraging words. For the month of February my prayer was that I would have that same encouragement: “And the LORD was with David.” At the end of the month I was blown away by an anonymous gift that paid for the remainder of the amount that I had yet to raise for my the Honduras mission trip in August. What an answer to prayer!

It is interesting to see how God uses His people with the unique ways that He has made us. It was encouraging and reassuring to see that the staff who taught Released Time classes each had a different way of teaching and engaging with the students, but that the Biblical truth was always consistent.

I am so thankful for the friendships I was able to build with the staff at Ta-pa-win-go, and I’m thankful to be a part of how God uses those relationships to make CBM one big family.