How I Overcame My Fears 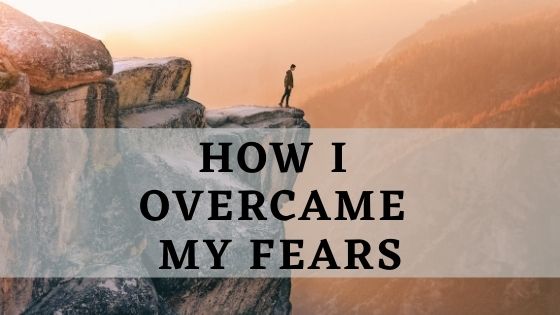 As I’m going through my internship with Children’s Bible Ministries (CBM) there have been times when I had to face my fears. But I didn’t realize the fear I had before joining the internship. If you had asked me what I was scared of before I started, I would easily have said open waters. I know that open water doesn’t have anything to do with the ministry. But I was truly oblivious to what my true fear was till I went to a missionary conference.

A missionary conference is when the church spent a set amount of time getting feedback from the missionaries they support. During that time, the church will get updates on any struggles the missionary was going through, any progress in sharing the gospel, and also how the church can continue to support them by giving money or through prayer. During this missionary conference, I took care of the pre-kindergarten children between the ages 4 and 5. I wasn’t by myself, I was with another intern who led the lesson.  I’m very grateful I didn’t get the job of teacher, since I’m awful at memorizing anything; throughout my high school career that was one of my struggles. But I was in charge of leading the games and songs. It may not sound like a lot, but it was for me. I had never worked with that age group, let alone for this many hours at a time. So I was worried. One of my jobs was to memorize multiple songs/motions. When I was assigned my job, I didn’t know this first thing about memorizing. So on the way to the event, I was mostly focusing on memorization, to make sure not to make any mistakes. I wanted it to be as perfect as possible.

Once the first day came around, I was excited but nervous. There were a lot of things going through my mind. I’m the kind of person who jumps headfirst into things–it’s a gift and a curse. So with that mindset, it helped me once the children started to come in. During the first five minutes, I quickly learned that you can’t have a conversion with this age group. I don’t know why I didn’t realize that beforehand, but I abruptly adjusted. I would ask simple questions like, “What’s your favorite animal?” then I would act out their answer. It seems like it entertained the children. When the time came for songs I was ready, but there was a little voice in my head trying to make me doubt myself. I had a notebook with all the lyrics on it. Luckily Jerrid, who was the other intern with me, was familiar with the songs I picked and helped me lead them. It was a good feeling to know I could rely on Jerrid if I messed up.

During storytime, I was watching the children, making sure they were listening for the most part. But there was one child who wasn’t. He would stomp around and distract the other kids. At first, I wasn’t sure what to do, but I knew I had to do something. So I grabbed a book and started asking him if he could find the color yellow or blue, etc. He did enjoy finding the colors, but it got to a point where it became too much of a distraction to the other kids. They would walk over out of curiosity. Then one of the volunteers would bring the children back to the story. The longer I was there, the more I was adjusted to the new challenges and, through trusting in God, I was able to continue through the stage fright–from blanking on words to being flexible with when there was a problem that arose.

Another time I had to overcome my fears and trust God was during volunteer week. Volunteer week is when volunteers work on a project around the campus of TRC (Tuckaleechee Retreat Center) The group of volunteers worked on two separate projects. There were about 30 volunteers that helped out during the week. Meals times were my favorite part of the day, not just because of the food, but because it was a time to talk with the workers and get to know them. So on the 2nd day of the work week, my leaders announced that we would have to share our testimony. I’m a pretty talkative guy, so I wasn’t really worried, at first, but then the more I thought about it, I realized that I could mess up my testimony and I would ruin the gospel for the workers. Those worries ran through my head. When I was finally told what day I’d be sharing my testimony, I felt better because I was the last one and some workers went home, so there were fewer people than were there on Monday. It was a good thing, but also a bad thing because I started to procrastinate. The days went by faster than I realized. Before I knew it, it was my day. Something that I didn’t mention before was that I was also in class that week.  I was going through the Old Testament Survey. It was a 24 hour class compressed into a week so, whenever we had free time, all we wanted to do was to take a nap. During that week I felt so tired from all the hours in classes. Usually after dinner we had free time to work on any homework, but I value hanging out with people over doing work. It’s a bad habit that I’m trying to change. Anyway, I waited till a day before it was my turn. I started to outline, and that is when it all hit me at once. I was stressing over my testimony even though I really shouldn’t have, since it was my testimony. I know all the details, I just need to put them in order. I would say prayers to God to help me through this. Even though it was all my fault for not being ready, I was feeling the pressure. The next day I didn’t have much time to work on it, except after class I was given time to make adjustments to my outline instead of working with the volunteers. In that short hour, I started with open prayer, then I just began to talk. I did multiple run-throughs to iron-out everything. When dinner time finally came, I was focusing on my outline while I was eating. But the time came when they called my name and I went up to the front. I was holding my notes in my hand; I was shaking, but I moved forward. I had a rough start. I was nervous, but the more I talked the less I would mumble and say umm and ah. I became very confident, and I began to enjoy talking. Through both of these experiences, God showed me that I could trust Him because He got me through them.

I hope these two experiences can give you hope for how God can help you with your battles, no matter the size. All you have to do is trust Him, then let Him guide you through everything!

No Replies to "How I Overcame My Fears"