As Christmas approaches this year, I find myself thinking a lot more about Mary, the mother of Jesus. Having just recently given birth to my own baby boy, I have a lot better understanding of what Mary went through. Traveling to Bethlehem at 9 months pregnant must have been agonizingly uncomfortable, and giving birth in a stable rather than the comfort of her own home surely added to the pain and nervousness she was probably already feeling. But mostly, I’ve been thinking about Mary being a first-time mom.

Even though Mary had been told very clearly by Gabriel that the child born to her would be the Son of God (Luke 1:31-33), it did not change the fact that Jesus was her baby boy, and when I think about that, Jesus’ humanity strikes me in a whole new way. When I used to think of Jesus as a baby it was a very nebulous concept, but now that I hold my own baby boy in my arms, Jesus’ birth takes on a whole new meaning.

Jesus was a baby just like my Micah. He was completely dependent on Mary to feed Him, clothe Him and make sure He didn’t get too hot or too cold. 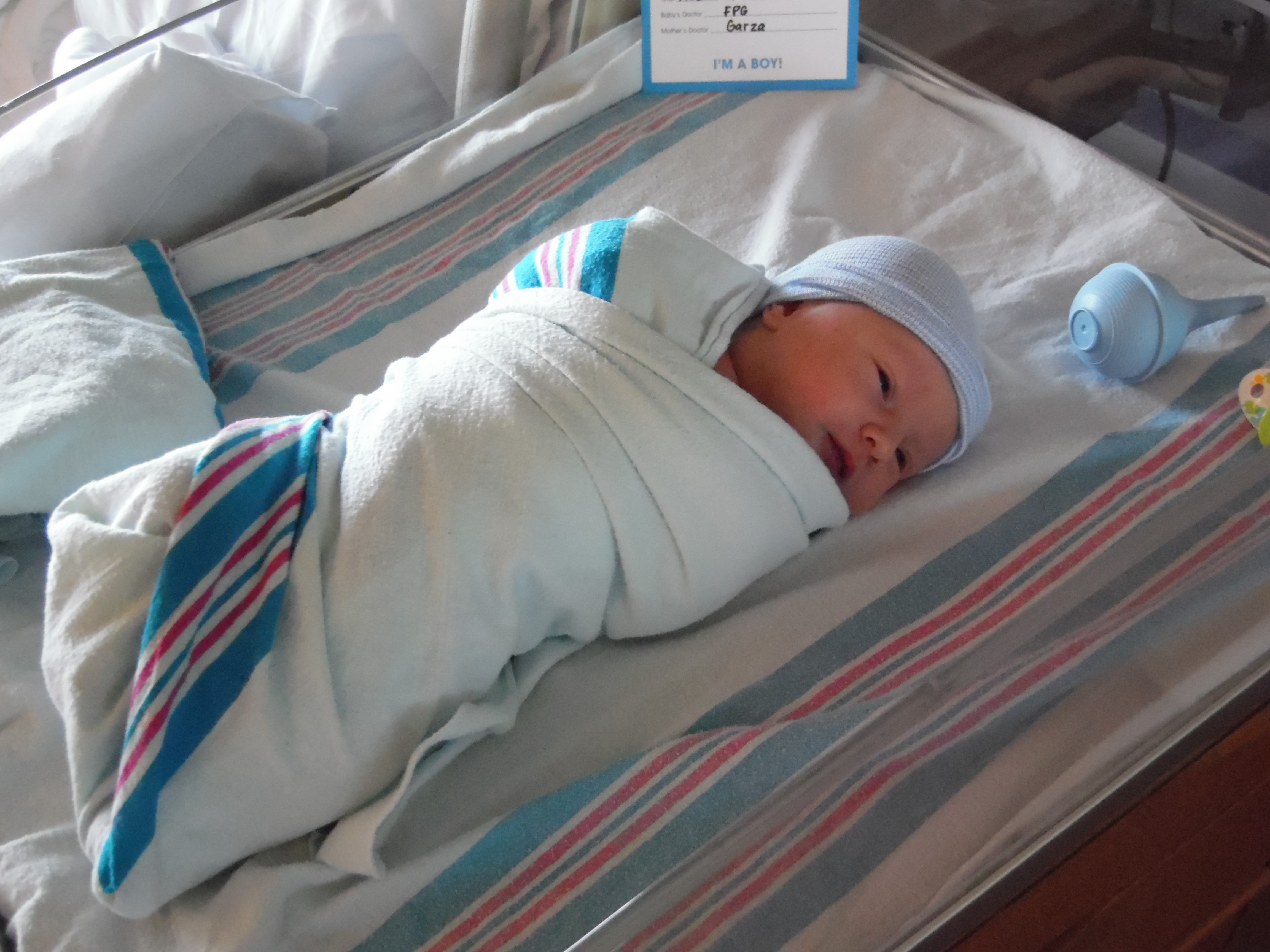 Jesus was a baby, which means that Mary, as His mom, did all the same things for Jesus that I do for Micah. She held Him and rocked Him and changed His diapers. She probably sang to Him and kissed Him every time she picked Him up. She probably told Him that she loved Him 15 times a day. (That’s what I do.) 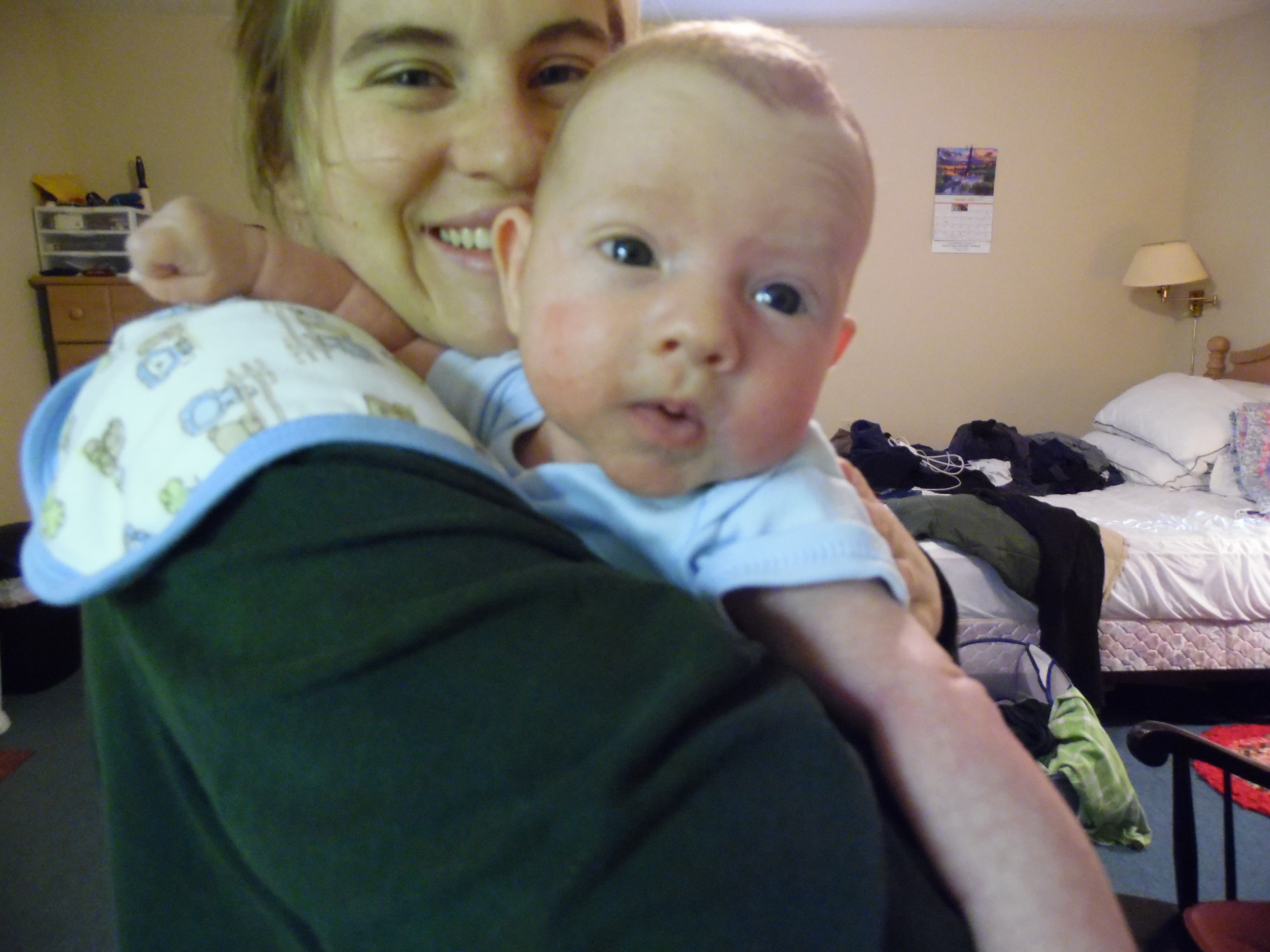 Because Jesus was a baby, He had to learn how to hold up His head so He could then learn to crawl and one day walk. He made all those adorable cooing sounds that babies do in order to learn to talk. Even at 3 months, Micah already has a favorite toy that he likes to “talk” to. Perhaps Jesus did too. 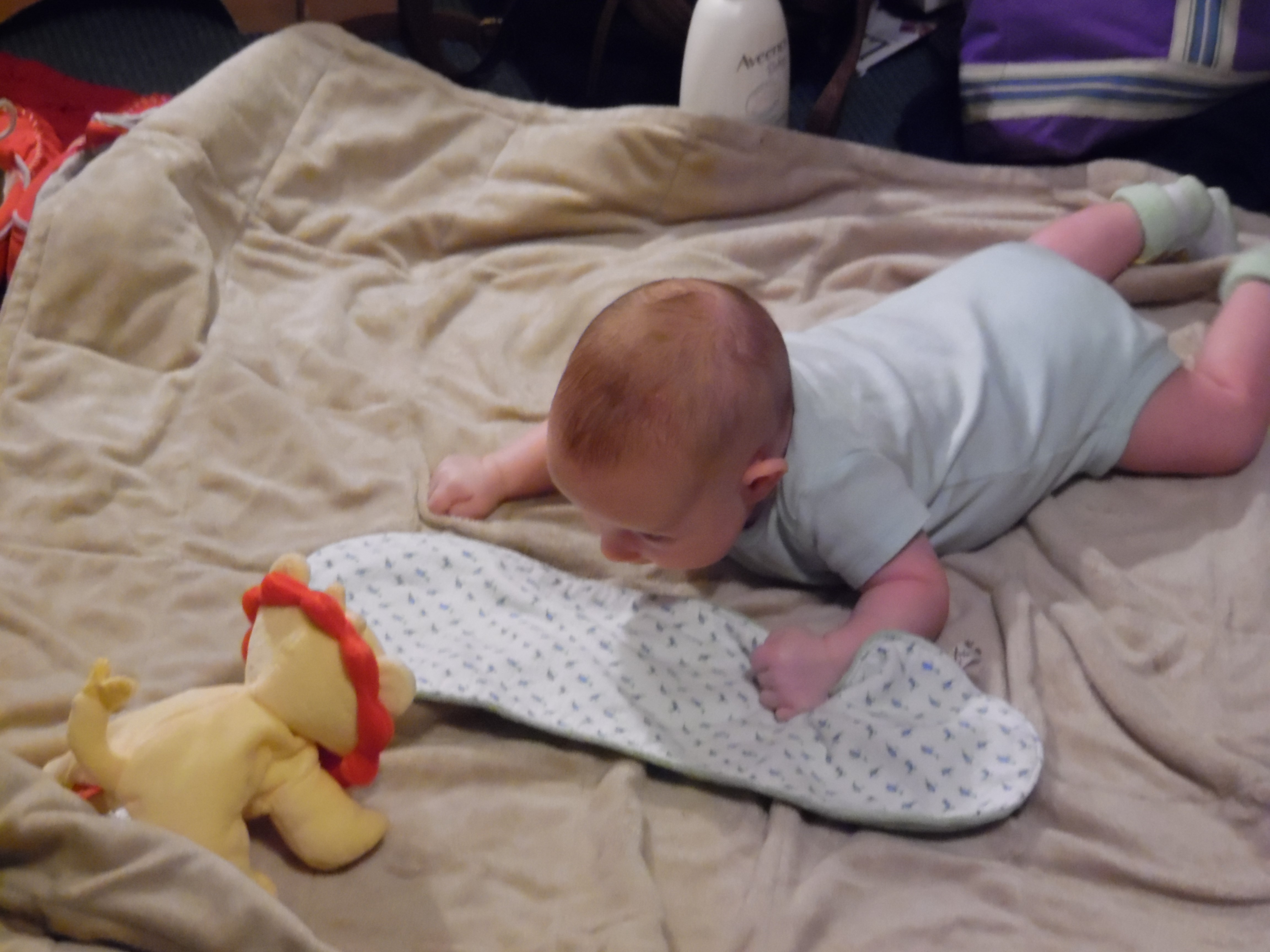 Jesus had to grow and develop into an adult just like every single one of us. Because He was a human, He experienced hunger and thirst. He got tired. He knew what it was like to experience pain and suffering, to be lonely and rejected. But because He was also the Son of God, He was completely without sin. He was able to take God’s punishment for mankind’s sin upon Himself so that we could be forgiven and become children of God. Because of Christ’s sacrifice, we can experience the hope, peace and forgiveness that comes with having Him as our Savior.

As you enjoy your Christmas season, rejoice as you remember that Jesus became like us so that we could become more like Him. “For He hath made Him to be sin for us, Who knew no sin; that we might be made the righteousness of God in Him.” 2 Corinthians 5:21

Wising you all a very merry Christmas!

No Replies to "CBM Interns - Jesus Became Like Us"

Got something to say? Cancel reply