Loving God by Loving Your Brother 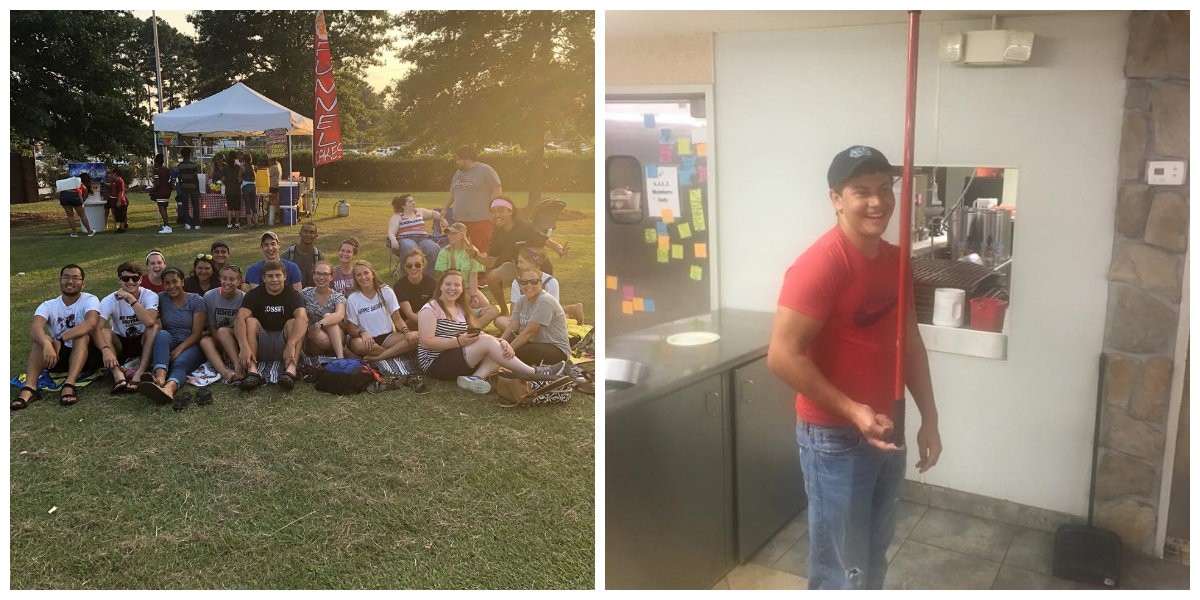 Now that I’m near the end of my internship, one thing that I’ve seen from each of the camps I’ve gone to, is brotherly, godly love. The staff has treated me as one of them, to the point that I could feel God through them. Love is seen all over in the Bible, since the beginning of time. Because God loved us first, He has shown us how to love and given us examples of His love. The greatest example God’s of love is the story of Jesus Christ. Since the very beginning of the Bible, God has shown His love to man. Even though He requires death as punishment for sin, God promised a redeemer who would come to earth to save mankind. Many stories in the Old Testament are used as examples to help us understand the love of God through Jesus Christ.

God has also used people to demonstrate love. Ruth and Boaz’ story is sweet and charming. After experiencing the death of her first husband, Ruth stayed close to her mother-in-law, whom she loved dearly. Boaz was attracted to Ruth’s loyalty and began leaving extra food as tokens of his care for her. What man doesn’t try to make life easier for the woman he is trying to impress? Their relationship is one of servanthood, as their love grew while serving one another.

Jonathan and David’s story is another example of brotherly love. Even though Jonathan knew his father hated David, and that David would become the next king of Israel, Jonathan and David became good friends. The Bible says in 1 Samuel 18:1, “…the soul of Jonathan was knit with the soul of David and Jonathan loved him as his own soul.” According to 1 Samuel 13 there were only two swords in the kingdom of Israel, at that time. King Saul owned one and his son Jonathan had the other. When David was preparing to flee from Saul, Jonathan gave his sword to David. Logically, Jonathan would become the next king in Israel, but he knew God’s hand was on David. He chose to help the man whom God had anointed instead of fighting him out of jealousy.

Jesus once told the Parable of the Good Samaritan (Luke 10:25-37) when He was asked “Who is my brother?” In this parable, Jesus shows that our brother is basically anyone in need, and not only someone who is a blood relative.  So, brotherly love is shown to all men and women who need help at various times in their lives, just as we do from time to time. Just as the author of Hebrews says in 13:1 “Keep on loving one another as brothers and sisters,” it has nothing really to do with one’s own immediate family, but those who we encounter during our lifetime.  And the imperative to “keep on loving” means that it’s not a one-time act but an ongoing action, which is why we’re told to “Love one another with brotherly affection. Outdo one another in showing honor.” (Rom 12:10) By the way, “If anyone says, ‘I love God,’ and hates his brother, he is a liar; for he who does not love his brother whom he has seen cannot love God whom he has not seen.” (1 John 4:20) You cannot call someone brother while hating them. If you do, you can’t claim to love God.

In conclusion, love has been greatly displayed at each camp I’ve been to. They have displayed God greatly, through their love with each other and towards me, and that is what I take away from this internship.

How can God use you and your talents to further His kingdom?
Find out more about how the internship can train and equip you!!
MORE INFORMATION

No Replies to "Loving God by Loving Your Brother"