For the Sake of the Gospel 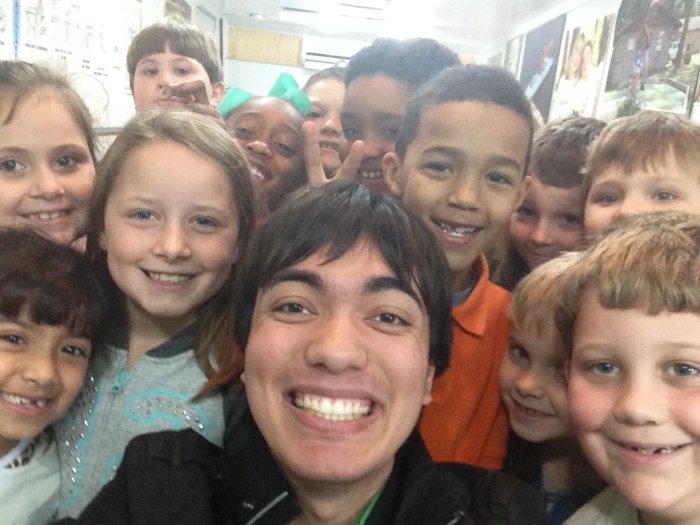 As a CBM National intern, one of my responsibilities during my rotation at Camp Victory is to assist with Released Time (a ministry where we teach the Bible to school children during school hours: https://childrensbibleministries.net/camps/classes), which is something that I haven’t participated in actively since my senior year in high school.

Thankful to have been given the opportunity to serve in Released Time once again, I read over my lesson and gave adequate preparation time in case I was asked to teach. Holding the four-page lesson in my hand began this weird “trip down memory lane” experience, and I smiled as I sat on my bed and started to read it in earnest. There is something very special about teaching school children the Gospel.

There’s also something particularly character-building in the preparation for Released Time, like having to wake up incredibly early so that we could have our classroom warm and ready by 8:00 in the morning. Not to mention, the temperature was in the 20s, and I didn’t have enough time to get any hot coffee in me before bounding out the door so that I wouldn’t make the staff member I was riding with late. Don’t tell anyone, but truth be told, I was secretly grumpy and hoping that the day would end as quickly as it hadbegun.

But I was quickly reminded of good memories and the joy of serving the Lord when I went to help pick up our first batch of children. They were first graders. The line they made was impeccably straight, and they followed me a short distance to a nearby trailer classroom where another CBM missionary would give the lesson. I only watched during this first Bible story so I could understand how they did things differently here in southern Alabama; I must admit that I was a little distracted. Watching children eager to hear the Bible story and listening to their off-the-wall comments had me stifling laughter for most of that first class. It was all-in-all a good time, and it seemed almost as fast as they had come in, that bunch of first graders were already lined up and being taken back to their classrooms while another group, this time of kindergarteners, were getting ready to head on over to hear the same Bible lesson. It can be an exhausting process of repetition and hard work, but our team of teachers and volunteers were ready to minister. 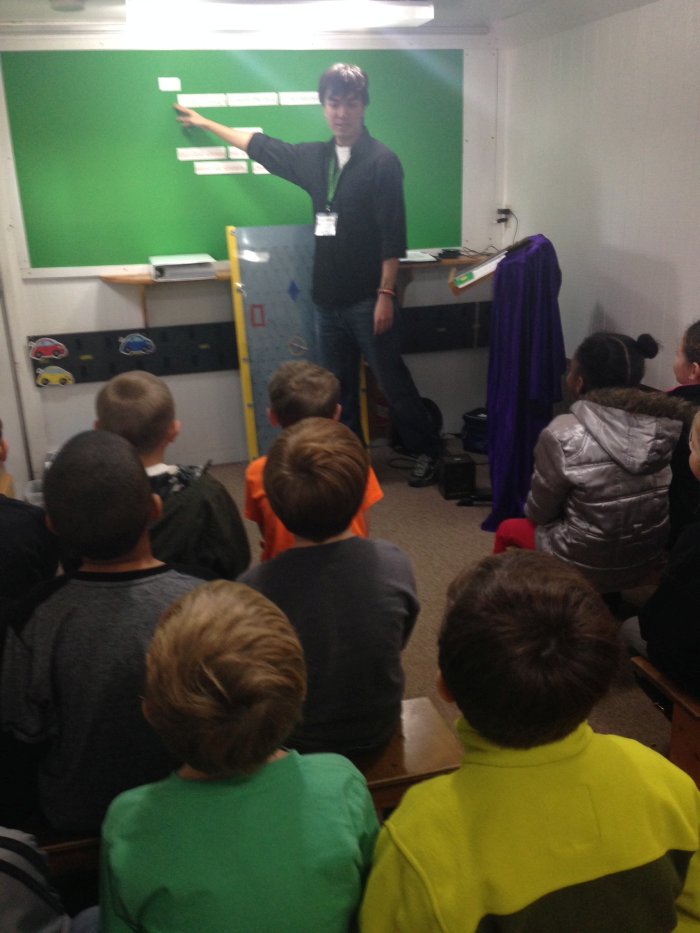 I taught the next lesson. In fact, I taught four lessons that day, and every single one of them was about love. I remember explaining the many definitions of love; the love I have for my best friend and the love I have for ice-cream are completely different, yet I use the same word. I further explained that the love Christ has for us is so deep that He would forsake Himself in order to give the best for us. The best thing we could possibly have is eternity with Him, so I tried my best to explain Christ’s sacrifice on the cross to my first group of wide-eyed kindergarteners. It was tough and I fumbled over my words a couple times as I tried to think of the simplest way to put “substitutionary sacrifice” into words they would understand, but I am assured that God’s Word never returns void.

By the end of the day, I was exhausted, yet happy for such an amazing opportunity to give back some of the time and abilities God has given me. In the midst of all the work we put into that one day of classes, there was something eternally gratifying in that moment before I blissfully fell into the sleep that my body so desperately desired (and thankfully for me, Camp Victory rewards those who teach Released Time in the morning with the rest of the day off!). Looking toward the future, I know there are a couple more days where I will assist with Released Time, and I believe I’ll be teaching that same lesson a handful more times before finally moving on to the next one. I may not have been completely prepared for it on my first day back at Released Time, but I am definitely ready to receive a new blessing when the time comes to teach again.

You see, the definition of love I taught became very real to me that day. I said that I loved the children in my classes, even though I didn’t even know them. Yet in that moment, I was demonstrating a deeper love than I ever could have by simply verbalizing it with a simple “I love you.” What I was doing meant sacrificing sleep to spend time teaching children the same lesson four times in one day – something that these missionaries at Camp Victory and other CBM missionaries at camps all over the United States do on a daily basis.

The ministry of Released Time continues on, not only because of a love for the children to whom we minister, but also because of a love for the Savior. My life needs to be defined by a love for Christ and His body of believers, and every hardship I endure can be met with joy deep in my soul because it is for the sake of the Gospel. Maybe it’s driving hundreds of miles over dozens of hours because of ministry, or wearing ridiculous outfits to entertain children during summer camp, or waking up extra early to light a fire to warm a room for people seeking to do their devotions. All of it needs to be driven by a love for Christ, and that’s just one thing God has reminded me of here on rotation at Camp Victory.

1 Reply to "For the Sake of the Gospel"