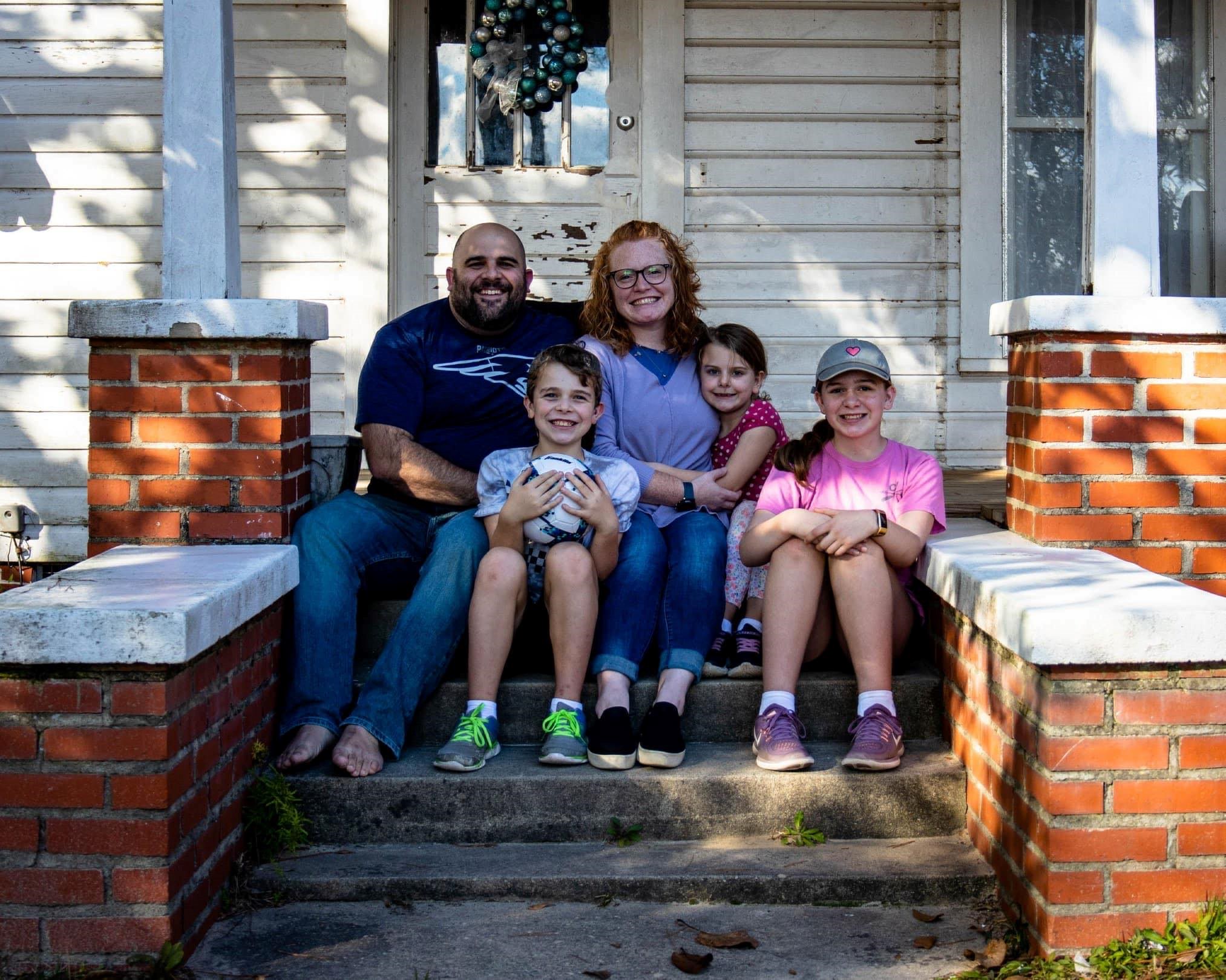 Stephen and Katy met at Southeastern Bible College in Birmingham, AL, then married on June 24th, 2006. Katy graduated from SEBC just before they married, and Stephen graduated in 2008. Upon graduation, Stephen enlisted into the US Army and served active duty for six years. During those years, they added three children to the mix, Annelise, Joseph, Eleanor. Stephen and Katy both felt the pull to go into full-time ministry during their years in Texas while Stephen was active duty Army.
Katy grew up attending Camp Victory in South Alabama; this camp played a vital role in her growth as a teenager. They joined the staff at Camp Victory during the middle of summer camp 2016. Stephen served in various capacities while on staff at Camp Victory, one being the “media” guy. This launched him into pursuing a second degree via the 9/11 GI Bill, emphasizing Media & Communications. Katy assisted with the volunteer high school program at Camp Victory while also raising and homeschooling their three children.
In 2020, they both felt the Lord was preparing them for something new, and low and behold; the opportunity presented itself to join the CBM National staff. They began working in their current roles in November of 2020. Stephen is putting his newly acquired degree in Media & Communications from Full Sail University to good use as he works for the National Office. Katy has stepped in as the Executive Assistant while also continuing to homeschool their children. Currently, they are working remotely, with the eventual goal to live in Tennessee.

If you would like to encourage the Holmes in their ministry with CBM, please visit: https://www.continuetogive.com/holmesfamily.