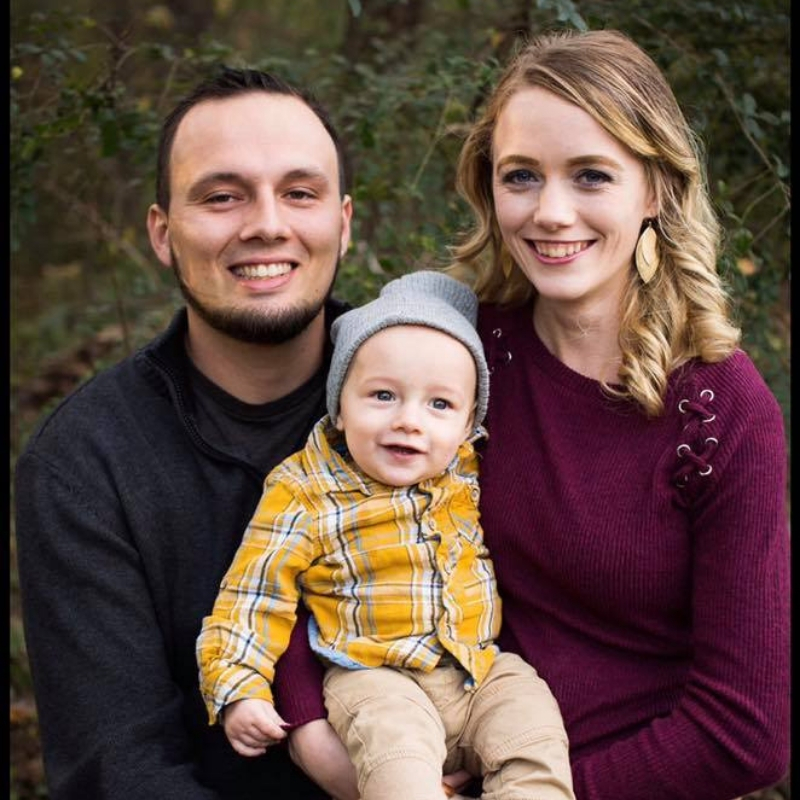 Brandon and Ada Smith were married in May 2016, had a boy- Lucas Michael in March 2018, and moved to Townsend, TN to join national staff in November 2019.

Brandon grew up in Oklahoma, attending New Beginnings Church where he grew in his faith and trusted Christ during high school.  As an adult, he owned and operated his own remodeling company, Smittybrand Remodeling, LLC for 3 years.  During this time, he met Ada, was introduced to CBM, and eventually felt God calling him to close his business and use his talents in construction to further the work of CBM.

Ada grew up in a Christian home in Lancaster County, PA.  She heard about CBM through the national directors recruiting for their internship program in 2014.  She completed the year long internship and absolutely loved it!  But during this time, she met a fine young man and moved to Oklahoma to get married.  However, God kept alive that desire to become a full-time missionary (that was there since she was a small child) and in His own time, He provided a way for her and her husband to join CBM.

They now reside on property at Tuckaleechee Retreat Center, giving Brandon the opportunity to handle the maintenance needs as well as mentor/disciple the male interns that come through the internship program.  Ada works from home currently (to be with Lucas!) as the assistant guest services manager.  She also helps with marketing and released time coordinating as the need arises.